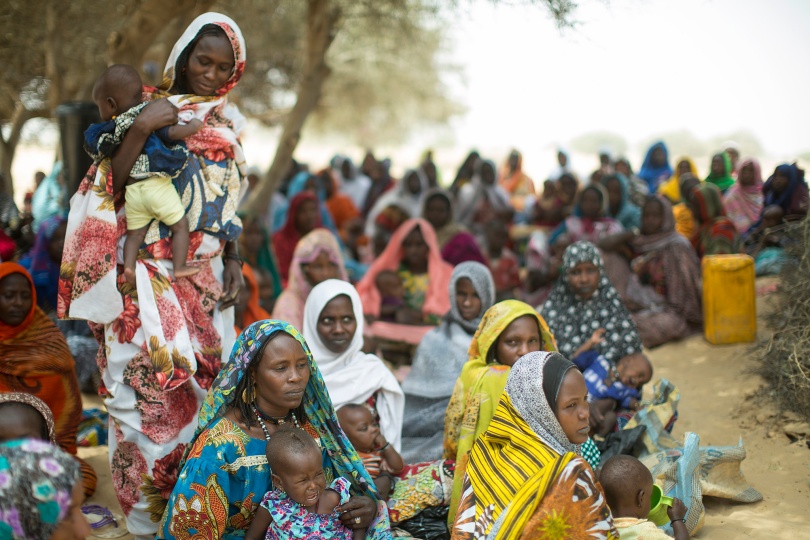 This article was originally published by the Stockholm International Peace Research Institute (SIPRI).

It is encouraging to see that the United Nations Security Council is beginning to acknowledge the transboundary dimensions of fragility and conflict, as demonstrated by its newly launched Report of the Secretary-General on the situation in the Lake Chad Basin region. The report, which was presented in the Security Council on 13 September 2017, emphasizes the need for regional responses and the enhanced cooperation of different UN and humanitarian agencies as important steps to addressing the unfolding humanitarian crisis. However, while regional responses to address the regional security challenge are desirable, the report would have been stronger if it had highlighted the underlying environmental contributions of the region’s fragility.

Multiple stressors converge in the Lake Chad region, which lies at the southern end of the Sahara desert. In the region around the lake–which borders Cameroon, Chad, Niger and Nigeria–unemployment, poverty and conflict interact with environmental change and degradation. The mismanagement of water resources, for instance, in the form of increased water withdrawal for irrigation from the lake’s tributaries, as well as prolonged severe droughts, have contributed to a 90 per cent shrinking of Lake Chad in the past 40 years. In addition, the ongoing insurgency by Boko Haram in northern Nigeria further exaggerates the reduction of livelihood security for communities in the region. According to the Uppsala Conflict Data Program (UCDP), the conflict with Boko Haram has caused over 10 000 deaths between 2009 and 2016. The military interventions of the Multinational Joint Task Force and armed forces of Cameroon, Chad, Niger and Nigeria achieved a sizeable reduction in Boko Haram’s activities. Nonetheless, according to the newly published report: ‘From April to June 2017, 246 attacks were recorded, resulting in the deaths of 225 civilians.’

The ongoing insurgency and the continued shrinking of Lake Chad, which is the main source of livelihood for millions of inhabitants, are causing a massive humanitarian crisis, intensifying the fragile security situation and increasing cross-border displacement of populations. The Report of the Secretary-General points out: ‘Some 10.7 million people across the Lake Chad Basin region currently need humanitarian assistance, including 8.5 million in Nigeria.’ According to the report, 7.2 million people currently suffer severe food insecurity, of which 4.7 million are located in the north-eastern part of Nigeria.

The food and water insecurities caused by environmental change and mismanagement have exacerbated the humanitarian crisis caused by the Boko Haram insurgency. Although there is a lack of consistent monitoring around Lake Chad, the available data clearly indicates that the region has experienced significant environmental changes. For every year since 2000, the annual temperature anomaly, based on the 1961 to 1990 average temperature, was continuously above 1°C. Research agrees that environmental degradation—and especially the predicted impacts of climate change—will further exacerbate these pressures on the states and societies around Lake Chad. During the 2017 Stockholm Forum, experts from the region outlined the complex dependencies of local livelihoods on natural resources, in particular the Lake Chad ecosystem, and how important ecological factors are to understanding and addressing the regions vulnerability and fragility. As Sweden’s Ambassador to the United Nations, Olof Skoog, pointed out during the Security Council debate on 13 September: ‘The effects of climate change and its links to the stability and security are evident. We cannot hide from this reality if we want to truly address the challenges in the region. The lack of follow-up in this area in the Secretary-General’s report once again underlines the need for improved risk assessments and risk management strategies by the UN, as clearly highlighted by the Security Council in Resolution 2349 (2017): ‘The Council must remain alert to the threats to stability as a result of the adverse effects of climate change.’

By acknowledging the adverse effect of climate change in the Lake Chad Basin region, the UN report should have emphasized the inevitable pathways for addressing the current crisis. Managing natural resources sustainably is one of the key factors to achieving regional stabilization, reducing people’s vulnerability, increasing resilience and thereby thwarting the fertile grounds for insurgent group recruitment. This is only possible when the UN Security Council and other peacebuilding agencies begin to integrate the linkages of environmental, social, and political issues in their peacebuilding efforts in the Lake Chad Basin.

At the end of March 2017, the United Nations Security Council unanimously issued Resolution 2349against terrorism and human rights violations in the Lake Chad Basin. It recognized the role of climate change in exacerbating human insecurity—particularly around food insecurity and livelihood vulnerabilities—which are linked to the Basin’s complex conflicts: ‘the adverse effects of climate change and ecological changes among other factors on the stability of the Region’. The resolution was initiated by the Security Council member states’ travel to the Lake Chad region earlier in 2017. The resolution tasked the UN Secretary-General, António Guterres, to provide an assessment of the situation. A direct mention of climate and environmental change is absent in the newly published report.

Florian Krampe, PhD, is a researcher at the Stockholm International Peace Research Institute (SIPRI) in the Climate Change and Risk Project. He specializes in peace and conflict research, international relations, and political ecology. Follow him on Twitter @FlorianKrampe.